Have You Considered These Alternatives to COBRA Coverage?

Erica Block was an Editorial Fellow. She combines her interest in healthcare policy with her penchant for creating online content.

After Frank Lalli, the former editor of Money and George magazines, was diagnosed with Multiple Myeloma, a potentially deadly blood cancer, he turned his experiences with our health care system into becoming The Health Care Detective™ and the author of Simon & Schuster’s Your Best Health Care – Now. He also reports regularly for National Public Radio’s Robin Hood Radio and Parade magazine to help people make better health care decisions and save money, too. In addition, he has testified twice before the U.S. Congress as an expert witness.

When Do You Qualify? Alternatives to COBRA Next Steps
Why Trust Our Content?

We want to help you make educated healthcare decisions. We adhere to strict editorial standards. This post may contain links to lead generation forms, which is how we make money. However, this won’t influence our writing.

If you’ve ever lost your job and chosen to continue your health plan through COBRA, you know the downside: the costs. Chances are your insurance costs soared up to six times higher – more than $6,000 a year for an individual and upwards of $20,000 for a family. That’s because your old company by law is allowed to stop contributing the average 75% to 85% of the funds it paid for your coverage. So it’s no surprise that only one in 10 laid-off workers picks COBRA. Fortunately, there are more alternatives to COBRA than ever. Here are health insurance alternatives that may provide the coverage you want at a price you can afford.

Since Ronald Reagan signed the Consolidated Omnibus Budget Reconciliation Act of 1985, millions of laid-off employees, ex-spouses and other dependents have decided to continue their healthcare coverage through their old employer, despite the high costs, while they sought another source of coverage – usually by getting a new job or joining their spouse’s plan. These days there are many more alternatives.

What You Need to Know

COBRA coverage can potentially cost tens of thousands of dollars.

Consider alternatives to COBRA if you can’t afford its high premiums.

Options include joining an Obamacare plan, signing directly with a health insurance carrier, and enrolling in a short-term plan.

When Do You Qualify For COBRA Coverage?

COBRA can be a lifeline to those facing a job loss, but it is also expensive. The person’s old employer stops contributing, leaving the worker to pay the entire cost of coverage. COBRA premiums for individual coverage averaged $6,368 per year (or $530 each month) and $20,576 for family coverage in 2019. Due to its prohibitive cost, many people do a little research and find alternatives to COBRA.

Nearly three-quarters (72%) of people lost their health insurance due to cost when they lost their jobs, according to a 2007 Commonwealth Fund report.

Double whammy: The newly unemployed’s first concern is losing their income, while their worries about finding new healthcare coverage add to their anxiety.

Alternative coverage options may not be perfect, but they may be cheaper than COBRA and bridge you until you have major medical insurance.

If you’re leaving your job and can’t afford the monthly cost of COBRA, it’s worth considering these alternatives.

Join Your Partner’s (or Parent’s) Plan

“Anybody with a working spouse should try to get on that spouse’s plan,” says Phil Lebherz, who directs the Foundation for Health Coverage Education. If your partner gets health insurance through an employer and can add you as a dependent, enroll in the plan. Follow up with the benefits administrator at your partner’s workplace to confirm the date when your new coverage begins. And if you’re 26 or younger, you may be able to join your parent’s or guardian’s Affordable Care Act (Obamacare) plan, or another one that meets the ACA standards. In addition, seven states allow dependents to remain on their parents’ plans until ages 29 to 31: Florida, Illinois, New Jersey, New York, Pennsylvania, South Dakota, and Wisconsin.

If you choose to shop for ACA plans on the state or federal Marketplace, see if you qualify for a subsidy before evaluating your options. Some 90% of people with ACA plans get premium subsidies through tax credits, plus in some cases direct cost-sharing discounts. While the affordability of Marketplace plans varies based on where you live and other factors, subsidies help greatly. You can review ACA plans by state; you can also compare policies and providers online through our health insurance comparison tool. Keep in mind that if you live in a state with a limited selection of plans or you don’t qualify for subsidies, you can turn to plans sold outside the Marketplace.

If you make too much to qualify for subsidies – around $50,000 for an individual, $100,000 for a family – but can’t afford the cost of Obamacare, turning to coverage outside the government Marketplace may make sense. Off-Marketplace coverage should be far less expensive, but that’s partly because those plans won’t provide all of Obamacare’s 10 essential benefits. Shop carefully. You can find plans directly from a health insurance carrier, through a private exchange, or with the help of an insurance broker. And don’t forget: The same enrollment dates and deadlines apply no matter where you purchase coverage.

Like the name implies, short-term health plans primarily offer temporary health insurance for people who are in-between major medical insurance plans. Short-term health plans don’t provide as many benefits as a Marketplace healthcare plan, and they do not accept people with preexisting conditions. They may drop you if you get sick and as you age.

On the other hand, they can serve as a low-cost, temporary safety net against an emergency, such as a car accident, until you get more comprehensive coverage. Depending on where you live and how healthy you are, short-term health coverage can last up to 90 days and renew automatically for up to three years in some states.

Before signing up, check with your Insurance Commissioner Office. Several states heavily regulate them or do not allow them to be sold. Also, though the federal government no longer fines people who don’t maintain health insurance, some states penalize citizens who do not have qualified (or “credible”) health coverage. One question for the Insurance Commissioner Office is whether short-term plans qualify as health coverage in your state.

However, faith-based plans are only as financially viable as the organization itself – and the overall health of its members, a major consideration in an age of a highly contagious virus like Covid-19. Faith-based plans have been known to fold because of too many bills and too little insurance executive competence.

A number of organizations, including the Freelancers Union and the National Association for the Self-Employed, offer coverage to qualifying independent contractors. These huge nationwide groups tend to be more financially secure than regional organizations or faith-based memberships. You may be able to find associations through your profession that offer insurance.

Check Your Medicaid or Medicare Eligibility

If you have limited assets and income, you may qualify for Medicaid at any time, even if you are currently employed. State regulations vary widely, so check carefully with your state’s health department. Also, if you are approaching 65 or older and aren’t planning to return to a job with good health benefits, you can elect to enroll in government-sponsored Medicare.

You need to act if you ever find yourself unemployed and uninsured. If, like most, you can’t afford to pay for COBRA coverage, consider the alternatives outlined here. Alternative coverage options are by no means perfect, but they tend to be a lot cheaper and may well bridge you until you have a more permanent form of medical insurance. 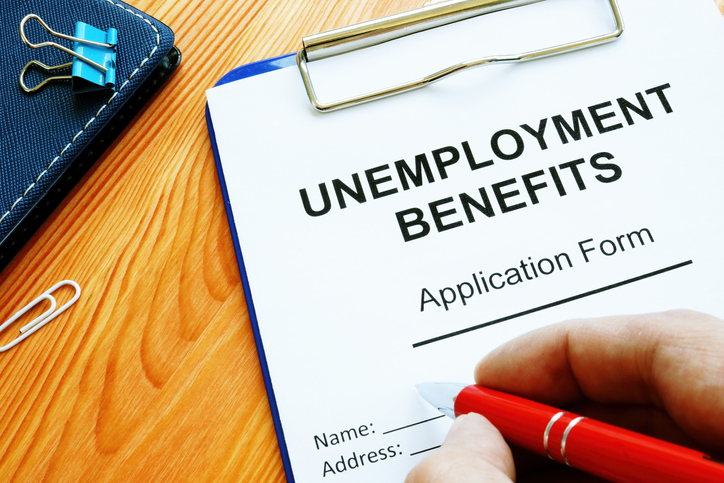 Losing your job is upsetting — especially since your employer-sponsored health insurance plan... 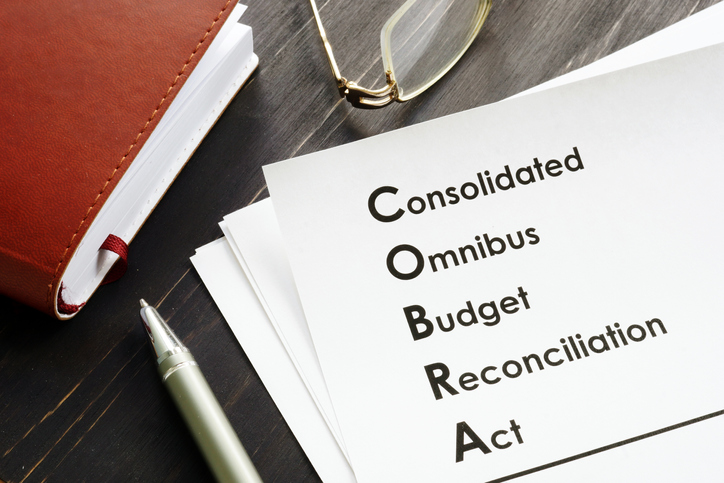 COBRA is a program that lets many employees who’ve left their job...

We do not sell insurance products, but there may be forms that will connect you with partners of healthcare.com who do sell insurance products. You may submit your information through this form, or call 855-617-1871 to speak directly with licensed enrollers who will provide advice specific to your situation. Read about your data and privacy.

Our mission is to provide information that will help everyday people make better decisions about buying and keeping their health coverage. Our editorial staff is comprised of industry professionals and experts on the ACA, private health insurance markets, and government policy. Learn more about our content.